A huge part of the Maitland CID area is not designed for huge vehicles to travel here, yet on a daily basis you will find large vehicles trying to navigate the smaller streets and the turning circles resulting in broken sidewalks, run over electrical boxes, poles and traffic lights.

This One Way street sign on the corner of Coronation and Koeberg Service Road was recently knocked down by a truck and had to be re-instated. This generally would be done by the Council however sometimes the team from the CID has to jump in to repair urgent incidences which would have required a long wait from the City side due to lots of infrastructure work on their agenda as well. 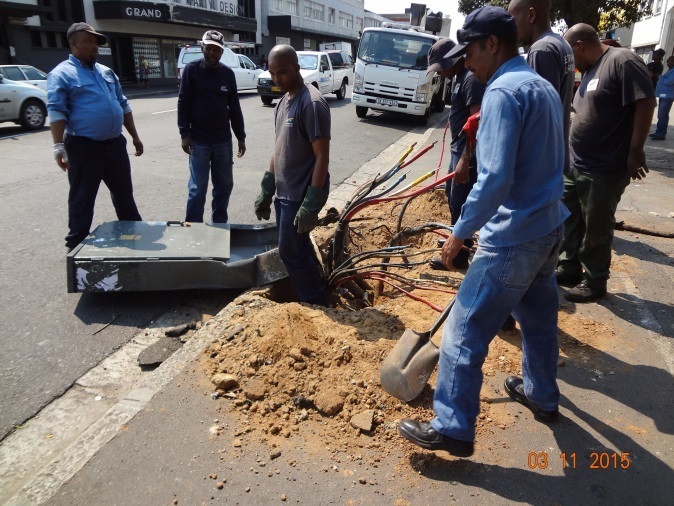 Large container trucks traveling from and to the harbour and delivering containers to Grindrod and the depots along Voortrekker Road towards Salt River are also creating a huge traffic blockage and congestion by using routes through-out the CID which was not designed for heavy traffic. One example of this is the daily congestion along Beach Road towards the Koeberg intersection.